Dawn of Fate, The rumors of War

Dawn of Fate, The rumors of War

The cold harsh winds of a Korriban whip against the stone foundations of a massive structure. A Sith Fortress cast over the Valley of the Dark Lords. Centuries old but brewing with dark energies. The secret homeworld of the Sith. The Sith are followers of the darkside of the force, beings who exist to dominate and subordinate other people they view as their lesser, including the Jedi.

Over centuries, the Sith Order has grown from a single man with hatred and revenge on his mind to a secret order of hundreds of Sith and a massive army which they command through fear, discipline, and visions of an even stronger society. The Galaxy not yet knows of the Sith, but their presence will be felt soon enough.

At the pinnacle of this dark fortress, evil and corrupt beings plot their next move, and potentially the fate of the Galaxy!

"My lord, striking two key Jedi strongholds Coruscant and Ossus will deal a large blow to the Republic's forces." said a Sith Twi'lek on on side of the table.

"We can not simply waltz on to Coruscant like that, the defense fleet there is massive and would surely obliterate any strike force that we would bring. We must find ways to single out and obliterate our enemies." said another man sitting on the far side of the long table.

"Master Galaticus, what is your plan of attack?" said a being sitting close to the Dark Lord himself.

A few moments of silence as the tall, imposing Dark Lord stood up, "Our order has survived centuries through secrecy. We are masters not only of the Force but of deception and surprise as well. A Strike team of our strongest Lords will attack the Jedi Temple. They will strike down the Jedi at their own castle of light and retreat back into darkness once the task is done, before anyone realizes what happened. I will personally lead an invasion fleet of Ossus and strike down the Jedi stronghold there." he explained in his deep, dark tone.

"Sir, what of the Jedi spread through the Galaxy? If our attacks are successful, not even half of their entire order would have been destroyed. Most of their numbers remain spread throughout the Galaxy."

"They will be wiped out over time. Gentlemen, the time has come. We can not sit by idly forever as the Republic becomes stronger with every passing conflict. We can not sit idly by as the Jedi recruit more into their ranks. We must unleash our presence upon this Galaxy and they will know who we are! We are Sith and the Jedi with the rest of the Republic will beg for their lives while kneeling down to us! Everyone, report to your stations and prepare your soldiers and yourselves as well and await my orders. And prepare, to have our names echoed throughout the Galaxy! Dismissed!" said Darth Galaticus in a thunderous tone.

All stood up and saluted the Dark Lord who saluted back, the conference room was slowly dispersed as only Darth Galaticus and one of his hands, Darth Sidus, remained in the room. 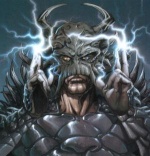 The Dark Lord, Darth Galaticus and one of his hands, Darth Sidus, stood alone in the empty conference room, overlooking the Valley of the Dark Lords at night.

"Sidus, you are one of my most powerful men. Long have you served me and the Sith. You will lead the strike team to Coruscant. The choice of men you will bring is up to you. However, I will tell you when you can leave. In time, you will do what is necessary to destroy the Jedi." said the Dark Lord.

"Master, I have my doubts. The Jedi are formidable opponents. What if we fail?." said Darth Sidus underneath his cloak.

Darth Galaticus became enraged and slung his hand towards Sidus. A force-empowered slap to the face that threw Sidus to the wall from the explosion of energy, "You will doubt nothing!" Galaticus yelled. "You are a Sith Lord! You are my will and you will serve me! You WILL destroy the Jedi! Hesitate and you will die! By my hand or theirs!"

As Darth Sidus recovered himself, Darth Galaticus walked towards a balcony overlooking the calm yet dark valley. He collected and calmed himself before speaking again, "Sidus, your powers in the darkside are formidable, and very powerful. Yet, they are nothing compared to mine. Do well to remember that before you question an order of mine."

He then turned over and looked at Sidus and said in a stern, loud voice, "Failure is NOT an option! You do well to remember that as you carry out your destruction in the Jedi Temple. Now go, gather your strike team and await my word."

Darth Sidus looked displeased and angry but kept his anger hidden and said gruffly, "Yes Master, your will be done."

He then left the conference room, leaving Galaticus alone to overlook the Valley.

Darth Sidus marched furiously down the lower hallways of the fortress, feeling humiliated by Darth Galaticus' recent actions against him. His mean and hard demeanor walked past oncoming soldiers and other warriors, surprising them with his level of rage. As he reached the far side of the fortress on the lower level, the dark, narrow hallway he was once in now opened into a massive, underground staging, several park capital ships were able to fit within it along with massive formations of thousands of troops. The sound of heavy machinery and yelling loud speakers echoed across the area.

An advance invasion force was amassing under Lord Galaticus' command. This would respresent an invasion force capable of taking Ossus. However, this wasn't Darth Sidus' destination, he hurried along the side of the staging area, in front of thousands of troopers, commanders, and warriors. He walked until he came to a rather ancient looking door and proceded inside.

He walked down a flight of stairs, lit only by burning flame, even deeper under the surface of Korriban. As he reached his destination, he entered a dark room where many SithLord's would meditate.

Darth Sidus looked around as the various Sith warriors turned their heads to look upon him, sensing his presence enter the room. A long pause as they gathered around him, then, he said, "Ready yourselves, for we shall march onto the Jedi Temple itself and spill the blood of the Jedi with our hands."

Both shock and excitement swept over the group of Sith. "Gather your weapons and your minds. We leave tonight!"

A loud, angry cheer came from the group of SithLords as they eagerly awaited their chance to slaughter the Jedi.

Darth Galaticus and an armed personal guard along with several advisors walking next to him made their way down to the massive staging area. As he entered the massive expanse, a thunderous roared yelled across the loudspeaker, "ATTENTION!"

"AT EASE!" roared Galaticus across is microphone connected to a massive sound system.

The entire area waited in silence as Galaticus stepped up to a pedestal overlooking the staging area. In the distance, he saw a Republic Transport making its ascent. He knew Darth Sidus and his Sith strike team were on it, on their way to destroy the Jedi on Coruscant.

He then looked upon the thousands of soldiers in front of him and spoke in his thunderous tone, "Today! Today is the day that our presence is felt across the Galaxy!' His dark aura corrupting those he spoke to even further, "Today is the day that our conquest of our new future begins! Today, the fall of the Jedi and the Republic! We are Sith and we are the Future!"

A roar echoed across the area, cheers and chanting as thousands upon thousands of troops threw their fists in the air, cheering for their Dark Lord.

"To your stations!" yelled the Dark Lord of the Sith before removing his microphone and then making his way to a small transport. The parked Capital ships ignited their cold engines, their hull's vibrating with the massive energy, the troops returned to their formations and began to march onboard each of the capital.

As the Capital ships began to take off, the Dark Lord's transport brought him high into orbit, where the fleet was amassing. His transport boarded the largest of all the ships, a dreadnought, "Genesis."

As soon as they were assembled, they blasted off in hyperspace with their sights on Ossus.

The member '#1SithLord' has done the following action : Will of The Force